I did not mess with any jumpers… Leave them as they came.

You must provide +12 and ground to the boards or they will not work.
You must have a 120 ohm resistor between the CANBUS lines or it will not work.

The ET7190 board is just an interface, it does not have any program logic on it to be able to run on its own so you MUST have it connected to a computer running their software (or your own) through the USB port. There may be other methods to connect to the board but I only use the USB connection and use their default setup.

Note that my boards are currently only used for my Development of M2 software. Which I should be getting back to within the next week. 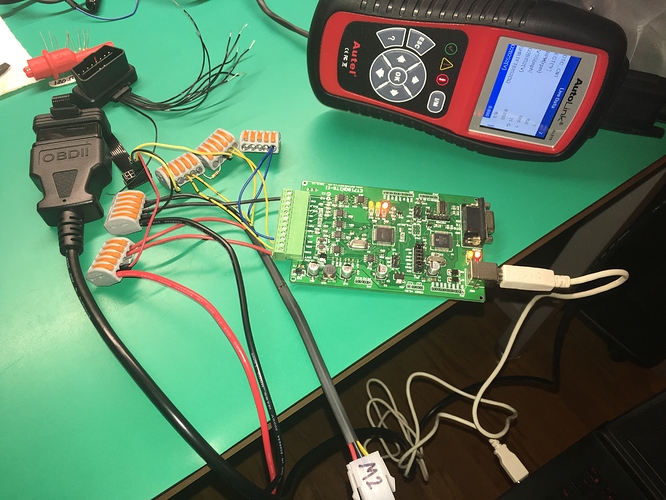 So it was two issues. I somehow stumbled into device manager for something else, and saw that “Unknown Device”. It was for the board. Dumb mistake on my part, though for some reason never saw it in the docs. But I should have known.

Now the software properly sees the ET7190, but it wouldn’t communicate with the hand-held scanner. So I got in some new WAGO connectors the other day, and tried them out instead of using the terminal block. The WAGO connectors only need you to strip the wire, and then it plugs in and locks down. Sweet little connector. After this, everything was golden.

Have you done much with the software on customizing what the simulator is sending to the scantool?

Thanks for all the help!

It is a command response type system. I have not played with it as it does what I need as is. When I get into more specific items I may decide to go a little further with it.